From Fantasy To Reality

Teotihuacan is a holy city built sometime between 1 and 700 AD. Known as 'the place where the gods were created', it is located north east of Mexico City. Home to the Temple of Quetzalcoatl, the Moon Pyramid, the Sun Pyramid and hundreds of big & small altars, this is a huge city that is still only partially revealed.
Read More 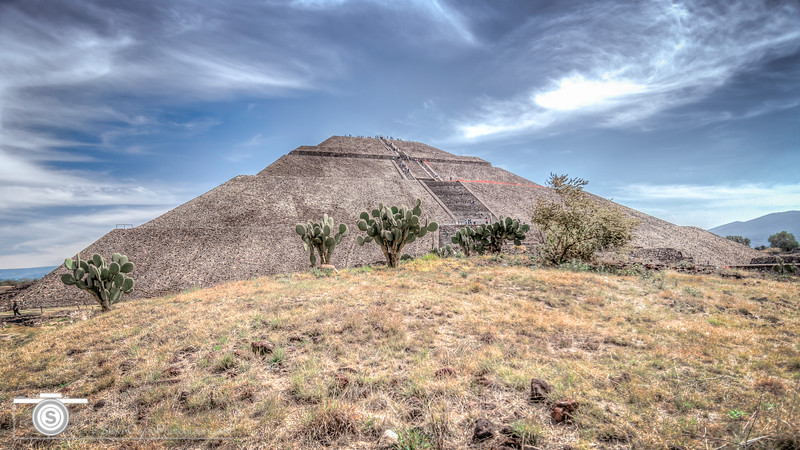 The Pyramid of the Sun

The Pyramid of the Sun is the largest Pyramid in Teotihuacan and one of the largest in Mesoamerica. Found along the Avenue of the Dead, in between the Pyramid of the Moon and the Ciudadela, and in the shadow of the massive mountain Cerro. This great Pyramid was constructed in two phases. The first construction stage, around 100 A.D., brought the pyramid to nearly the size it is today. The second round of construction resulted in its completed size of 738 feet (224.942 meters) across and 246 feet (75 meters) high, making it the third largest pyramid in the worldGordo